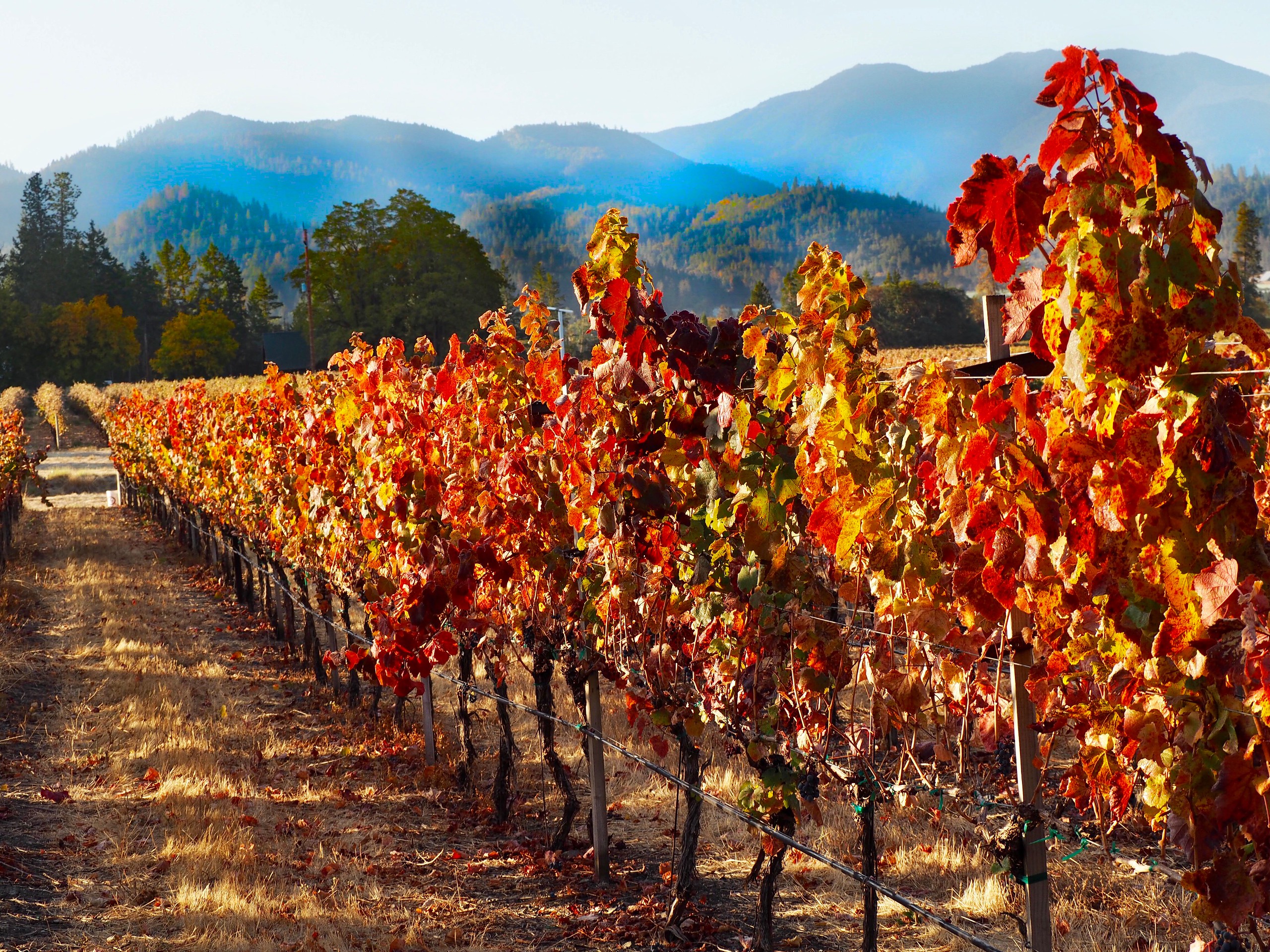 The Applegate Valley has a long history as a wine region. When Peter Britt founded his Valley View Winery there, it was the Pacific Northwest’s first. The year was 1854.

Britt emigrated from Switzerland in 1845 and settled in Illinois. He journeyed to Portland, Oregon by wagon train in 1852. He then headed south to what would become Jacksonville, drawn by a gold rush which began in 1851. Initially, he made money from gold mining and mule packing, but soon gave it up in favor of photography and horticulture which had been his previous vocations.

Considered the father of the Southern Oregon fruit industry, Britt planted pears, peaches, and apples, as well as grapes. He was, perhaps, the first in the area to use smudge pots to prevent frost damage and to develop formal irrigation for his crops. Britt continued selling grapes and wine until his death in 1905.

Britt grew many other things as well, including semi-tropical plants. Today the Britt Gardens in Jacksonville, Oregon is located on his original property and celebrates his legacy. It serves as a park, but also a venue for excellent concerts and festivals.

He also continued with photography and painting. (The others in his wagon train did not appreciate the 300 pounds of photographic equipment he brought with him from Illinois.) Britt’s work provides an important visual record of life in the area during the latter half of the 19th century. They can be seen at various museums and archives, in the area and online.

Though winemaking continued right up until, and perhaps beyond, Prohibition, other fruit crops, along with lumber, were much larger drivers of the Southern Oregon economy. And Prohibition did, essentially, put an end to commercial winemaking there. It wasn’t until 1972 that viticulture returned to the Applegate Valley. In that year, Dick Troon planted his eponymous vineyard and Frank Wisnovsky brought back the Valley View Winery brand, planting 12 acres.

Even then, Applegate Valley was at the forefront in the Northwest as a whole. The first modern vineyard in Oregon didn’t appear until 1961. And, in 1970 there were still only 35 planted vineyard acres in the state.

It runs roughly southeast to northwest, following a 50-mile stretch of the Applegate River and straddling the Jackson County-Josephine County line. It’s easternmost extent is about 5 miles southwest of Ashland. In the west, it stretches about 15 miles beyond, though south of, Grants Pass. Although a “valley AVA,” it is within the Siskiyou Mountains and includes a lot of rugged, mountainous terrain.

Those mountains also shield the AVA from direct, oceanic influence. The Pacific Ocean is just 45 miles to the west. Cooling breezes do reach the vineyards, but via a long, circuitous path following first the Rogue River, then the Applegate.

The climate is not what most people, especially those primarily familiar with the Willamette Valley, expect from Oregon wine country. Technically, the Applegate Valley has a warm-summer Mediterranean climate, like much of coastal California. However, unlike those California regions, it has four very distinct seasons, a relatively short growing season, and fog is not a factor.

Winter is cold, with occasional snow. That allows the vines to go into full hibernation. Half of the area’s annual 20-30” of precipitation arrives in winter.

Spring and autumn are both cool. Bud break typically comes in late April or early May. Even then, nighttime temperatures can drop enough to make frost a risk to the budding vines. Spring and autumn are also wet seasons, accounting for almost the entire remainder of annual rainfall. Rain can therefore affect both fruit set and harvest.

Summer is a different story entirely. Skies are cloudless and daytime temperatures high, generally between 80° and 90°F. Rain is very rare. Due to the Applegate Valley’s relatively northerly latitude, the sun is out longer each day than in California wine regions. It’s longest day, June 21 offers 15 hours, 17 minutes of daylight.

Those extra minutes are important, because the temperatures drop dramatically at night. There are three reasons for this. Winds make their way there from the ocean. Cold air drops down from the heights of the Siskiyou Mountains. And the Applegate Valley AVA has some altitude itself, an average of about 1,300 feet.

Those daily low temperatures, mid-50s or below, mean the vines stop growing and ripening until about mid-morning. This slows development of flavors, tannins, and sugars and preserves the grapes’ malic acid

The Applegate Valley AVA averaged 2438 growing-season degree days per year from 2004 through 2010. That puts it at the upper end of Winkler-Amerine Region Ib and is about the same as the Savoie region of France and Baden in Germany.

Degree days don’t tell the whole story though, because they don’t take into account the long days of sun and cloudless skies, nor, on the other hand, the cold nights. The Huglin Index, which is a heat summation like Winkler-Amerine but takes more factors into account, suggests Applegate Valley AVA ripening potential may about the same as Margaret River, Australia.

As one would expect, there is some climate variation within the Applegate Valley AVA based on distance from the ocean. Vineyards in the western portion of the AVA are cooler and get the most rain. Those in the east are warmer and only average 20-25 inches.

Alluvial fans and ancient river sediment dominate the area’s soils. The latter tends to be a warm, dark, crumbly soil that includes some forest-derived organics. The alluvial fans, especially in the Kubli Bench zone, can include granite from the mountains, which makes for courser, better-draining soils. Many, but not all, of the vineyards irrigate.

Because the growing season is on the short side and features those cold nights, the Applegate Valley AVA is best-suited to “intermediate” grapes which ripen quickly or are pleasing at low levels of ripeness. It doesn’t produce full-bodied Cabernet Sauvignon.

Top varieties by acre include Merlot, Cabernet Sauvignon, Chardonnay, Syrah, Tempranillo, and Pinot Noir. However, that assortment is driven not just by climate and soil, but by consumer demand. Cabernet Sauvignon only thrives in the warmest sites. Other varieties that do, or could do, well include Rhone whites, Riesling, Sauvignon Blanc, Semillon, Vermentino, Cabernet Franc, Grenache, and Malbec. All those varieties, except Semillon, exist in Applegate Valley.